More than just a friendship

Being friends is the most important thing in a romantic relationship. And when you’ve been friends for over two decades, there’s a good chance you’ve chosen the right person. 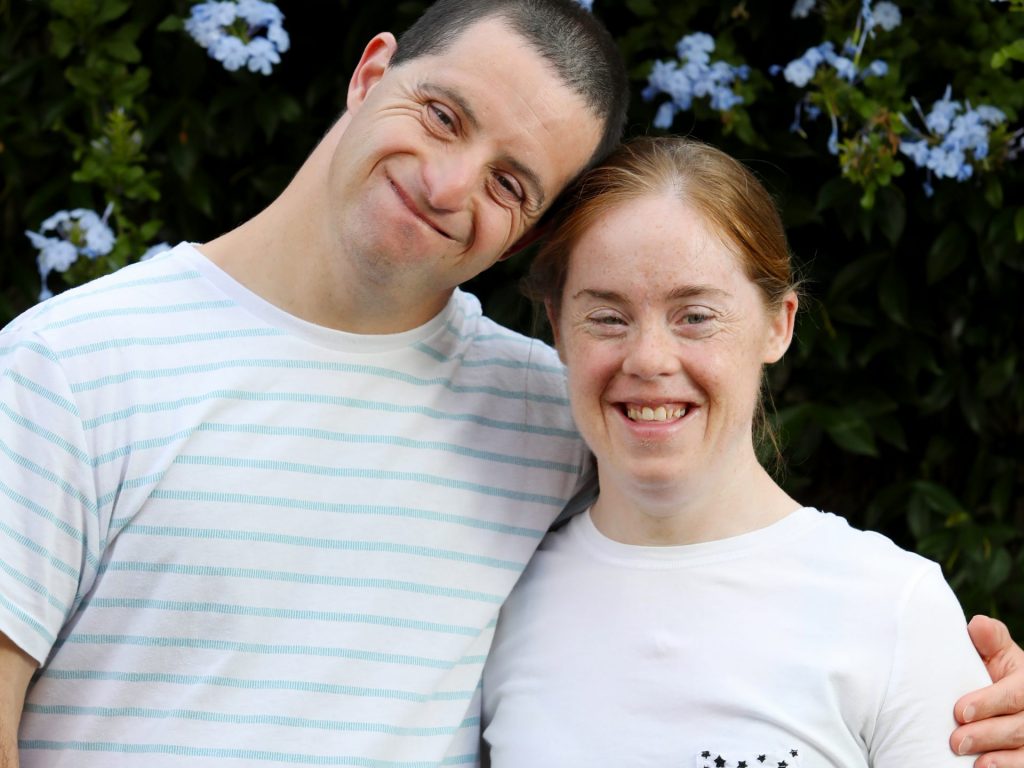 32-year-old Sophie Kildea remembers when she first met Jason Russo like it was yesterday.

“I was really little. I met Jase at the hospital,” she says.

They were both in having grommets put into their ears. Sophie’s mum Robyn can’t believe she remembers that first encounter. It doesn’t sound all that romantic, but there must have been a connection right from the start.

Where they really first connected though was at the Special Olympics, when Sophie was about 8 years old.

“I first remember Jason was kind and he was very friendly, and he always made me laugh.”

“We became friends. Yes, we did,” Jason says.

“We used to train together. And then we played basketball together. We were just friends. For a lot of years.”

As they got older their parents thought it would be a good idea for them to become roommates and try living together as friends.

“Our parents said we should move out of home and get more independent,” says Sophie.

“I just wanted to be independent and learn skills like cooking and that stuff. It was a good idea. I wasn’t worried to live with Sophie,” Jason says.

They both received the Supported Living Fund (SLF), so Robyn and Kerri, Jason’s mum, started to plan how the move should work.

“That’s what the SLF was meant to do for them, it was to get them out of home. There was a group of six families, and we all threw ideas around. But logistically having six people living together with six lots of parents deciding what to do wasn’t going to work,” Kerri says.

“Soph and Jason got on so well together – they have very similar personalities. But she’s very much about time management and having routine. Jason is not. So, they bounce off each other.”

Planning for the move was a big task, and Jason’s mum Kerri says it was important they were all on the same page before going ahead with everything.

“I think the most important thing was that we actually had the same plan and were going in the same direction of how we wanted this to work,” she says.

“Things like how many support workers to come in and at what time, how many hours they’d work. We had to find someone who would suit both Jase and Sophie. It was important to have someone they liked and knew their moods.”

“We’d been planning this for a very long time. I’d say Sophie was 18 when we first started talking about it,” Robyn says.

“You want your kids to be independent if they can. And so, there was always something in my head about her taking that step.”

When they first moved in, Sophie and Jason would only spend one night together each week. Then it was two, then three, with a night in between to go back home. This helped with the transition.

But with all the years of planning the big move, neither Robyn nor Kerri anticipated what would happen next.

Jason and Sophie’s friendship blossomed into a romantic relationship after spending a lot more time together.

Jason previously had a girlfriend, and Sophie already had a different boyfriend before they moved in. When they broke up at a similar time the stars aligned.

“We didn’t think it was a good idea at first, but they persevered with us,” Robyn says.

Sophie organised a meeting for them all to get together to have a chat about the changing nature of their relationship.

“I just told them I was very happy, and that he makes me feel happy and loved,” says Sophie.

Kerri agrees that they’ve been very good for each other.

“Sometimes Sophie does something she shouldn’t have, or Jase might lose his cool if he’s had a tough day at work. But the support workers are very good with that and settling things down. Soph realises she needs to give him a bit of space sometimes. We try and work things out together and work out some of the ideas about why that might have happened, so it doesn’t happen again,” Kerri says.

Their support workers regularly give them advice on open communication, and it has helped strengthen their relationship.

“Sometimes they do talk to us,” says Sophie.

“It’s a bit hard keeping him in line,” Sophie laughs.

“But we love each other a lot.”

You can read Down Syndrome Australia’s Healthy Relationships and Sexuality guide here.

This article is available in the following formats to download: