Friends Joshua Pleydell-Bouverie and Maddie Gothard Fox have lived together for four years in Western Australia, and love learning new skills. Through arts organisation DADAA they have recently started creating a series of videos about cooking. The future master chefs share their process of making videos and cooking up a storm. 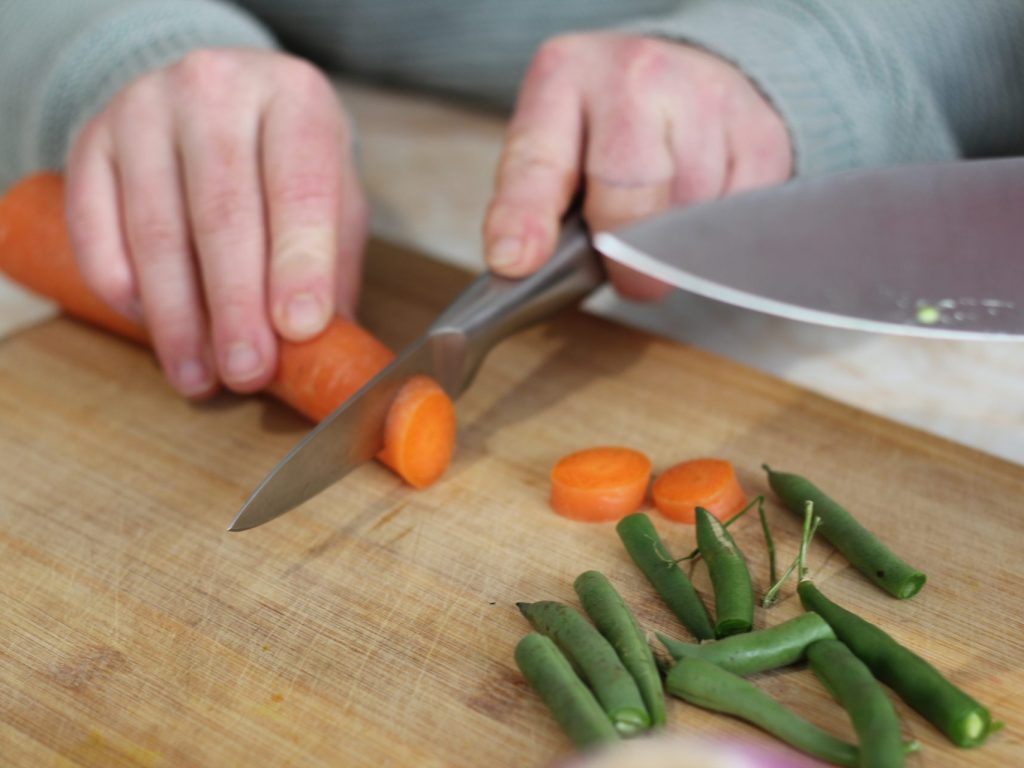 Why did you start making cooking videos?

Josh: Maddie and me love cooking and together we decided to do videos. We met Emma who is lovely and does good photos and is a good photographer. We started with iPads then we moved on to photos [with cameras]. Now [with video making] we use a phone and a computer, like a laptop. And we hold up a recorder.

How do you make the films?

Both: We choose the recipes and then we buy the food and go to DADAA.

Maddie: Josh is normally at work on a Tuesday morning but on a cooking day I go to the shop and get the things for the recipes in the morning.

Both: We work out how to do it first. Emma brings the rice cooker, pans, and pots. We talk slowly and speak clearly. So, we watch whatever we say, and we film the cooking. Emma does all the filming because we are doing the cooking, but we do the edits. It takes three weeks to edit, and we cook once a month.

How do you do the editing?

We do titles and credits. And we do the process, the instructions for the cooking. We download the music, a theme song, different ones each time.  And we record talking separately. So, we have a music track and a voice track. And we do cut out a bit of Emma’s talking as well, so we don’t hear her talking.

How do you choose the recipes?

Both: We chose recipes we already know. We like salmon tarragon salad. That’s one we cooked at home before. And san choy bow.

Josh: And my favourites are butter chicken and spaghetti bolognese.

What sorts of things do you cook at home during the week?

Both: We like making stir fries, and curries, sometimes pastas, but we are cutting pastas down a bit. And we like making healthy salads. We don’t make puddings very often.

What is the best part of making the cooking videos?

Both: Making them together. And we support each other too. We do that at home as well.

Maddie: Josh is good at chopping and putting things in the pan.

What is hard about making a cooking video?

Maddie: Cutting the onions! It makes our eyes cry out.

What do people say when they see your videos?

Both: Oh yes! Put it on Netflix! And we have a YouTube channel Emma set up for us.

If we do another series, we could do the filming.

This article is available in the following formats to download: