Down syndrome? “That’s not who I am.” 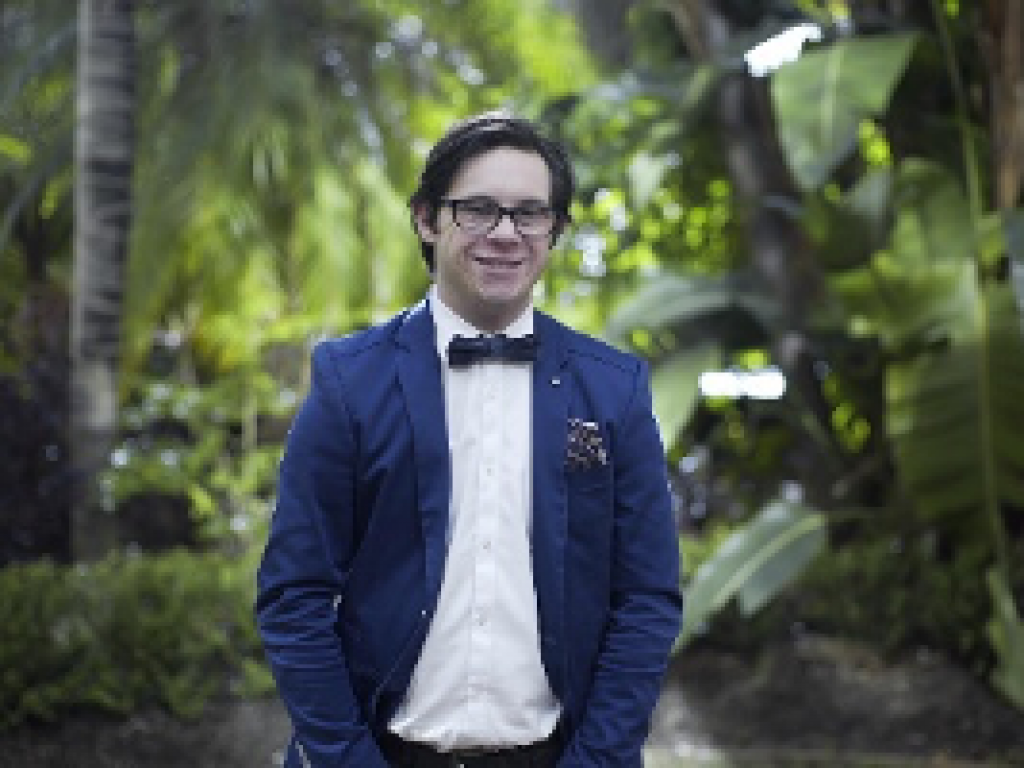 Down syndrome? “That’s not who I am.”

Nathan might happen to have Down syndrome but he says, “That’s not who I am”. He has spoken at international and national conferences, political forums, corporate functions, universities, schools, community groups and workshops, sharing his insights about what can happen when people are encouraged to live their dreams and live life to their full potential.

Nathan is a film maker, attended the University of Sydney, works at the prominent radio station Nova 96.9 along with being an employee of Taste Creative. From 2013–2016 Nathan was an influential ambassador for the NSW government Living Life My Way campaign and in 2016 was a NSW Young Australian of the Year Finalist. He is currently the ambassador for Bus Stop Films which is driving real and meaningful change in the film industry and he is also an ambassador for the Don’t DIS my ABILITY campaign which seeks to inspire and build confidence in people with disability and to find employment.

Nathan’s speaking opportunities have enabled him to engage with the corporate sector and the broader community to create meaningful employment opportunities for people with disability – something he is very passionate about. He’s seen first-hand the prejudice and low expectations that people with disability often encounter when it comes to employment. Nathan believes if change is truly to occur “It’s the mind sets – the fixed and mixed mind sets that create barriers and we need to break through that and allow more people to have a chance in life and allow people’s ability the chance to shine. What you see on the outside is one thing, but what you see on the inside is more”.

Nathan lives in his own home, along with two flatmates, in Huntley’s Cove.