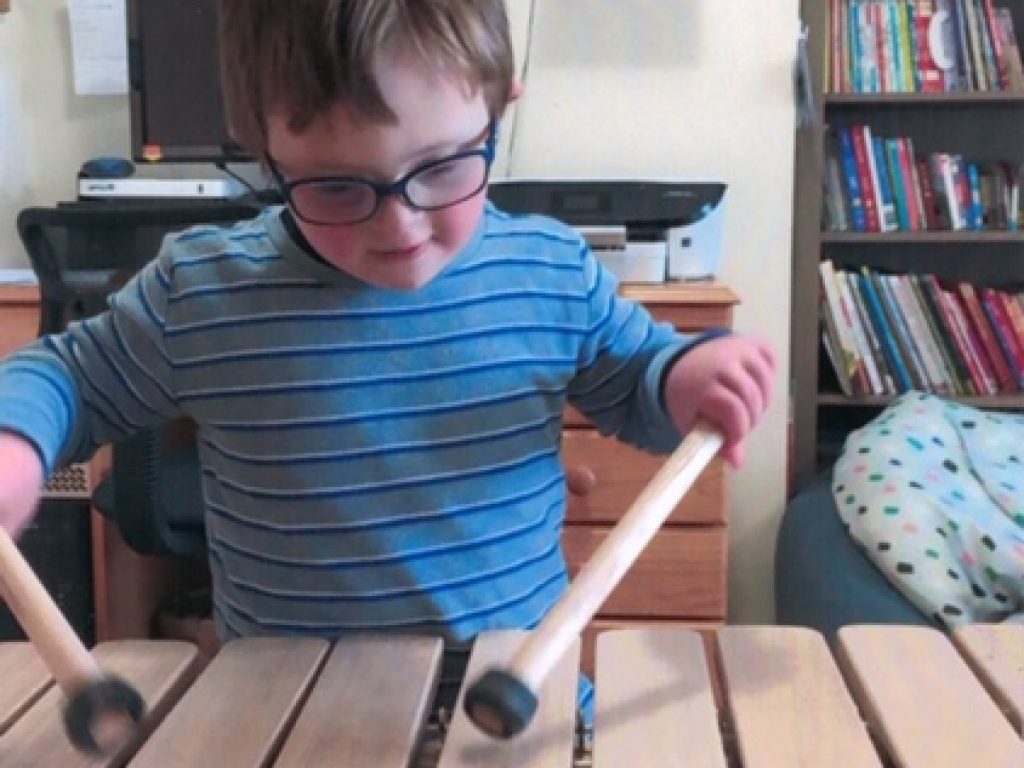 7 years ago we had two children and were not thinking of any other children as both my wife, Helen and I, were in our early 40’s. It was not long after a family trip to Sydney that we found out that Helen was pregnant with our third child. It was a surprise to say the least which brought a whole range of emotions. Early in the pregnancy our doctor told us we should test for Down syndrome because there was more of a chance of our developing baby would have this condition. When the test came back showing that there was a high chance of this happening we went off to have an amniocentesis which confirmed our baby boy would be indeed carrying an extra chromosome on his 21st chromosome and hence would have Trisomy 21 or Down syndrome. Despite all the emotions that raged through us at the time and with much prayer from friends and family our boy Levi arrived into the world on the 12th of March 2014, four weeks before his due date. Despite spending four weeks mostly in our local hospital’s neonatal unit, Levi came home a healthy baby.

Fast forward six years and we have a healthy young boy, whose main interest (apart from the TV and the iPad) is music. Levi loves music, he loves listening to it, dancing to it and singing along with it. One day while we were at a new local park they had a funny looking instrument like a xylophone that Levi kept going back to, he loved playing and listening to the sounds. Even a couple of months later we were still talking about it to each other. So we decided to have one made so that he could do it at home.

I (Gary) work in a school and a former colleague of mine made marimbas and ran his own business called Marimba Australia. We asked Len, the owner of Marimba Australia if he could custom design a marimba for Levi, because marimbas are quite long and tall and Levi being a short 6 year old would not be able to reach up that high.

Well Len is always up for a challenge and came up with a smaller marimba for Levi, it is about a metre long and just tall enough for Levi to stand at and play. This marimba is now pride and place in our home and has even been played at 4am in the morning when someone was escaping from his room.

What is more exciting is that Len has called this marimba ‘The Levi’ and a percentage of any future sales will be donated to Down Syndrome Australia. Thank you Mr Len Clark for your talents and skills but most of all your generosity.

Here is a picture of our Levi playing his namesake.