The world would be a better place if more of us had Down syndrome. 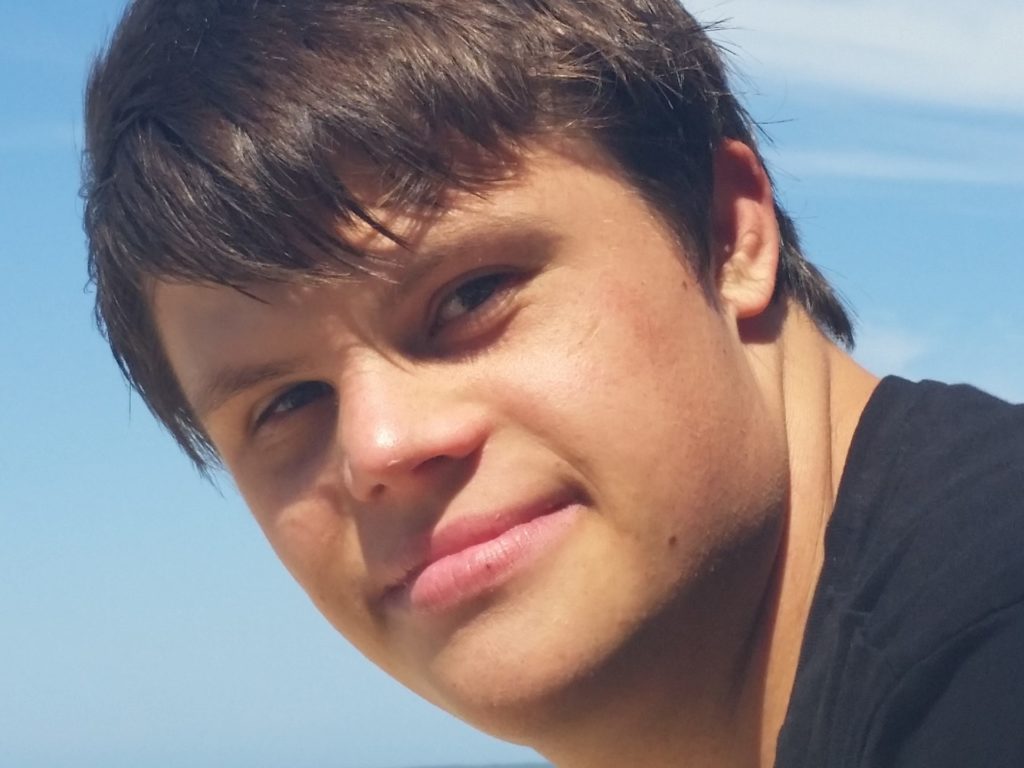 When Sam was born, 18 years ago to be exact, I felt as if it was a complete disaster. That my life as I knew it had ended and it was going to be utter misery from now on. My family are all in England and I only knew one person here who had a child with a disability. I felt incredibly alone.

The first two years were tough. Really tough, with lots of medical intervention – duodenal atresia, Hirschsprung’s, seizures, grommets and of course therapy, to name a few and hardly any sleep!

Luckily, I found Noah’s Early Intervention. They were my sanctuary in the storm and at six months they were the first people to celebrate my baby. They became my lifeline so, when Sam left to go to school at age six, I stayed and have been here ever since supporting other families.

On the weekend we celebrated Sam’s 18th with a party of over 80 people. I was able to tell our friends and family that, yes, when Sam was born I was devastated. I wish that I had known then what I know now – happiness in spades. And I must admit there were lots of tears, surprise and laughter when I spoke about our journey with Sam which all started with him arriving in the back seat of the car!

It hasn’t been a straight path and there have been quite a few difficult times, but Sam has brought us so much joy. SO MUCH JOY!  And more than that, he has brought so much joy to others.  Looking around the room at his party I could see so many different people from all walks of life who have been part of Sam’s life, not the disability world or the medical world but his world of joy.  It was the best 18th party ever!

Sam is loud, stubborn and funny but most importantly he has an irresistible enthusiasm for life.  He has taken us on some amazing adventures – swimming at Homebush Olympic pool, cricket in Adelaide, Junior National Games Special Olympics in Newcastle, Aboriginal dancing in Darwin and AFL in Melbourne. In 2016 he started a new role as Inclusion Captain at his school and was chosen for the League Excellence award in AFL for South Coast Juniors.

We thank Sam for being the unique individual that he is, who brings out the best in all of us and makes the world a better place. I think the world would probably be a better place if more of us had Down Syndrome!