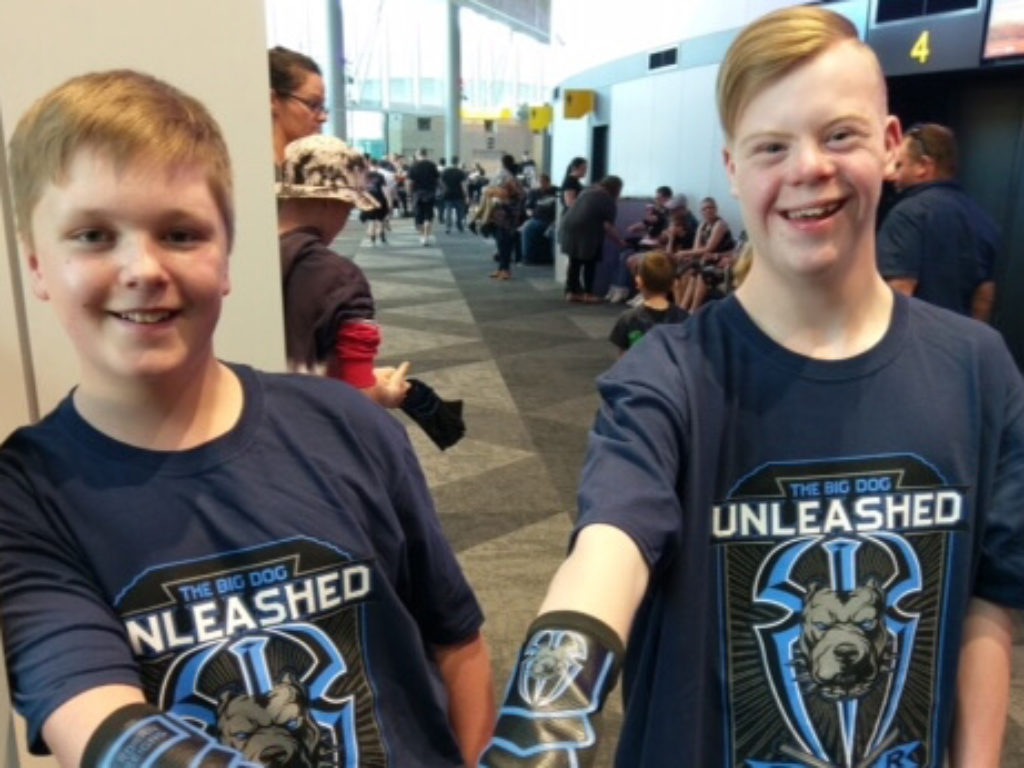 Alec Kenneally lives in Gippsland Victoria and like many other 16-year-olds, sport is a passion he shares with his Mum and some friends. He loves going to the local games of footy to support Mirboo North and being a part of the match-day experience. He leads the club out on the ground and joins in with the club song when they have a win. He has played the occasional game for Mirboo North in the fourths since 2016 and he sometimes trains with the boys. Alec is also part of All Abilities Sports – Latrobe Valley and he does football and cricket.

‘My favourite sports are AFL football, BBL (Big Bash League), and WWE (World Wrestling Entertainment). [I barrack for] Richmond in AFL Football and The Melbourne Stars in the BBL,’ says Alec.

Alec says his favourite football players are Jack Reiwoldt and Daniel Rioli and the best thing that ever happened at the footy was ‘when I get to sing the Richmond theme song and meet the players. Also, I like spending time with friends in the cheersquad and doing all the chants.’

Alec says his favourite BBL players, are Glenn Maxwell and Marcus Stoinis and the best thing that ever happened at the BBL is ‘the fireworks when they hit a six and when they play music in between the overs and I get up and dance.’

Alec also loves getting amongst the excitement of WWE. It’s ‘a lot of fun’ he says. His favourite WWE stars are John Cena, Daniel Bryan, Finn Balor, Ricochet and Ali. Alec’s mum Leanne has been taking him to WWE LIVE shows, at Rod Laver Arena for the past six years. She makes sure to get seats right next to the walkway so he can high-five the stars as they come out into the arena. He loves it and gets right into the atmosphere with all the chanting and the cheering!

For his 16th birthday this year he went to Rod Laver with his friend James to celebrate in true WWE fashion!

Alec also loves music and his favourite bands and artists are Adam Brand, Keith Urban, Queen, Pink and One Direction. His mum Leanne says that while Alec doesn’t put into words what he loves about music, she is in no doubt about what his two favourite songs are as these are the ones he sings out loud all the time.

Got my boots on, got my hat on

Got my old guitar and a new song

For a week I’ll be where I belong

With the big stars, Golden Guitars

Dream will be ours some day

I’ll give you all I got to give

Take on board the things you’ve said

And I promise you to give you my best

I’ve learnt some things along the way

You can’t take back the things you say

And you can’t undo the things that you’ve done

And every corner of this house is a Milestone