Evie is a dancer 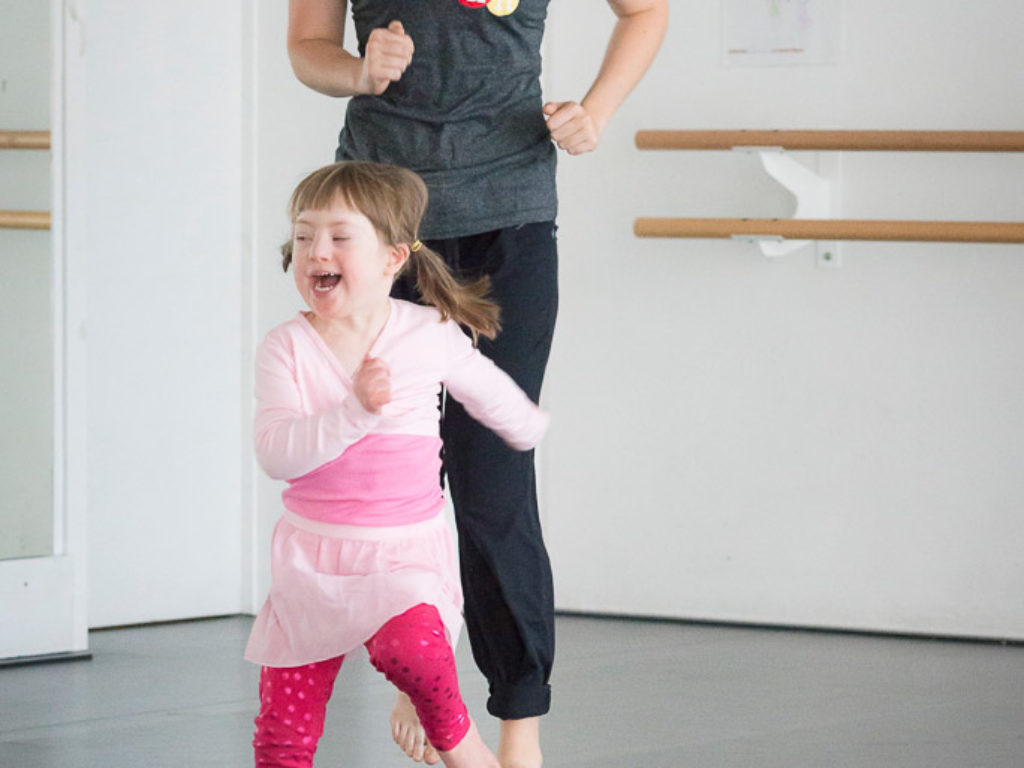 Evie Doyle is five years old and she is a dancer. She also has Down syndrome. Evie is part of the dancing community at her dance school, Dance Habit, in Melbourne. When Evie was three, she found dance classes a bit stressful so she stopped for a while. Then she started doing individual lessons with an amazing teacher, Tammy, who then started running specialised classes at Dance Habit called Rhythm Works which Evie joined. Later, she took up mainstream classes as well. Now she is really confident with her dancing! Last year Evie earned her first ballet medal by doing a test with her class. Then, at the end of last year, Evie danced in her first concert. She loved it and she was great.

Evie loves the school director Megan who is always thinking of small ways to help her succeed. She loves her teachers Tammy and Cassie too. They see that she has ability and potential, just like any young dancer. But her dance teachers and friends at Dance Habit also see Evie as the lovely, fun girl that she is. It’s easy for Evie to feel included because they have a great attitude, they think dancing is for everybody, and a dance school is a place to feel like you belong. Sometimes after her class Evie will watch the big girls’ lesson or play with her friends. Evie wants to dance in the concert again next year. Maybe when she is older she will be a teaching assistant at Dance Habit or even a professional dancer. It’s all possible for Evie!