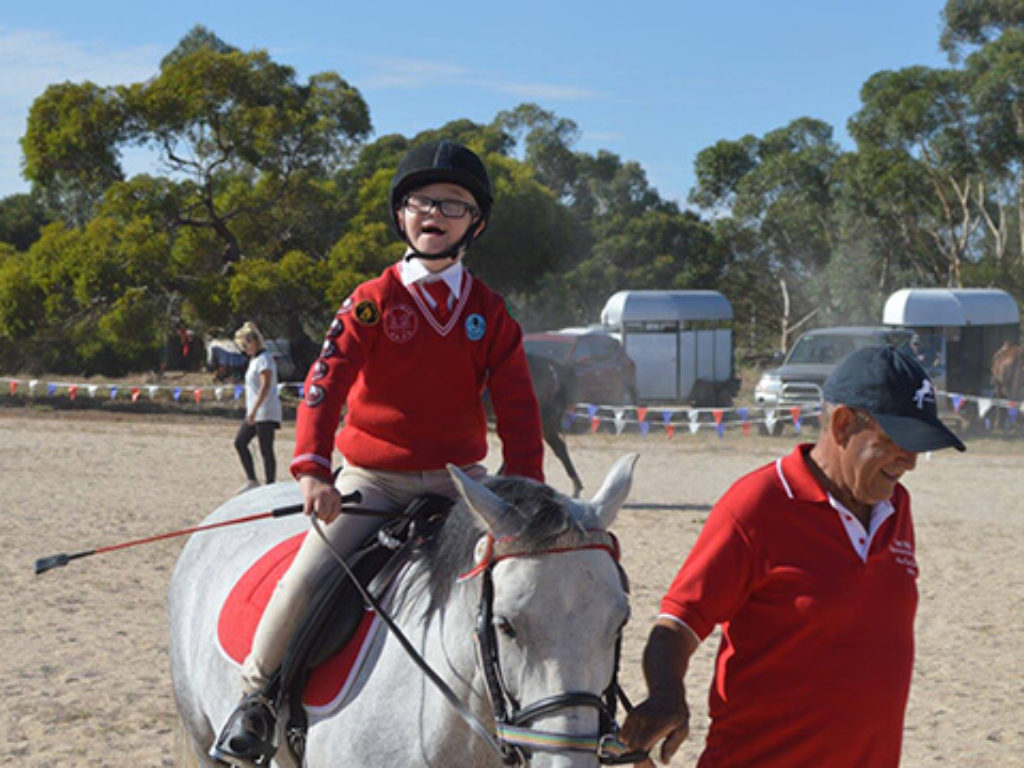 Jacob is the eldest of my three children and he has two younger cousins that are very close. Jacob has always been treated equally at home and for the most part at school. He goes to a mainstream school and is on a modified plan with a support worker. As a family, we have been involved with horses for many years, competing across most equestrian disciplines. When Jacob was born, we got his first pony and he has ridden all his life. We believe this has helped his develop core strength, balance and dexterity.

When competing, Jacob had been receiving dispensations to compete in a younger age bracket until recently when the Two Wells Equestrian and Pony Club held an inclusive class with Jacob in mind.  He rode the same test as the adults and was judged on his own merits, not against mainstream competitors in the open-aged class.

The event was open to all with a disability not specifically to Riding for the Disabled or NDIS participants. There are a few riders within our zone who do not necessarily have a recognised disability however they are unable to memorise a dressage tests, as the tests are quite long. These riders were also able to compete if they wanted to, so this modification benefited a lot more people in our community than just Jacob.

We run the event under a combination of the Pony Club Australia, RDA and Special Olympic rules.

[What else do you like to do on your horse?]: Ride.

You can watch Jacob speak about his love of riding below