Umpire for a day 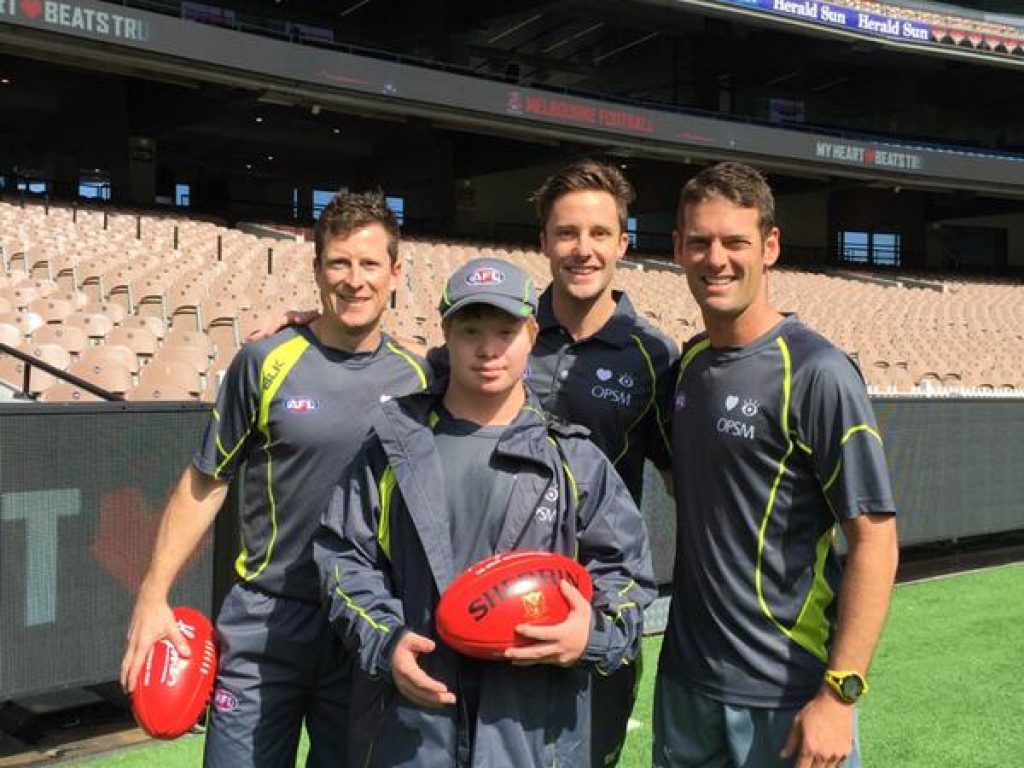 My name is Eugene. I am 24 years old and have Down syndrome. My family and I have been members of Down Syndrome South Australia (DSSA) since I was born. I really enjoy activities like Club Slick, Friday night bowling in the Down syndrome league and the mid-year camps. I also like going to the movies, dining out, music and spending time with friends.

On Saturday 30 April 2016, I was very lucky to be part of the Fiona McBurney Match Day Experience at Adelaide Oval. It was the AFL match between the Adelaide Crows and the Fremantle Dockers. I support the Adelaide Crows.

DSSA partner with the AFL Umpires Association (AFLUA) for the Fiona McBurney Match Day Experience. It is a program that gives a young person with Down syndrome the opportunity to get up close and personal with the AFL umpires on match day and help them out during the match.

I met all the umpires in the room before the game and saw how they prepare for the big match.  I was given an umpire’s uniform and I got changed into it so I could be part of the umpiring team. They showed me around the rooms and on the ground at Adelaide Oval. I even met some of the Crows players – Rory Sloane, Scott Thompson, Eddie Betts and the captain Taylor (Tex) Walker. My mum (Jenny) took plenty of photos and my Dad (John) was just as excited as me (or maybe more so says my mum).

Before the game started I accompanied the field umpire to the centre circle and shook hands with the captains Tex Walker and David Mundy and wished them a good game. They are big, strong guys and they both gave me a smile and said hello when they shook my hand! Tex won the toss, chose to kick to the Riverbank Stand end and I then left the field to sit on the bench with the reserve umpires and trainers to watch the game. The crowd at the game was over 50,000.

During the breaks I went back onto the ground and carried the drinks and towels out to the umpires, as they were tired and thirsty from all the running. After the game I left the field with the umpires and they presented me with my uniform, the match ball (signed by them) and a copy of the AFL Record which had my name in it. It was the best day ever and the umpiring team are a great bunch of people.

Thank you to Maureen Lawler and the DSSA team, to all the AFL umpires and to the AFLUA Chief Executive Peter Howe who brought this program together. Many thanks also to Sandra, Shane and Mayley Harris and Michael Schramm for helping and guiding me throughout the day.

I will never forget the wonderful Fiona McBurney Match Day Experience. And the Crows won the match too!