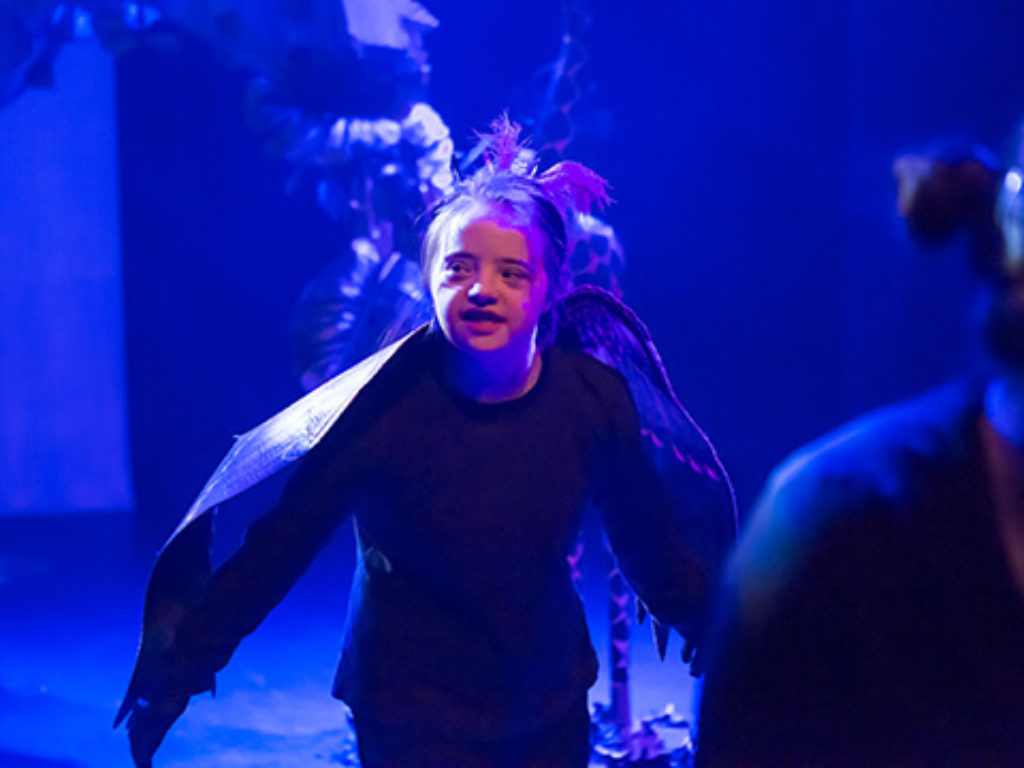 Abi Talbot loves performing. She started ballet lessons as a three-year old and has since added drama and singing to her repertoire.  She has always been included in mainstream classes and her confidence and skills have grown as a result.

Abi says, ‘My dream is to be a famous performer. I like playing in the band, dancing, singing and acting. I enjoy being on stage and performing for others. I want everyone to know that people with Down Syndrome can do anything they want to do. They can achieve their dreams.’

Abi’s mum Melinda says, ‘We have chosen to pursue inclusion in mainstream activities for our daughter as part of our vision that she will live her life fully included in her community. Participating in community activities has given our daughter confidence, independence, additional skills, an extended social network and the opportunity to follow her dreams. We believe that our daughter’s inclusion has also benefitted the other children that she participates with.’

Abi’s singing teacher Catherine Byers has also gained a new perspective after having Abi as a student:

‘I first met Abi in 2016 and admit I was a little apprehensive as I wasn’t sure if I had anything to offer her. My fears were soon dispelled when I met her and her family, and I could see a child with passion to obtain her goal. Abi wanted to be able to sing a solo from her favourite musical Annie and was ready to start immediately. Such was her determination that I entered her in the Introduction to Stage section of the St Cecilia Performance College in October of that year. The day soon arrived; she claimed the stage and sang Tomorrow which earned her much applause, a participation certificate and medal. If only we were all blessed with Abi’s enthusiasm – what a wonderful world it would be. Well done Abi.’