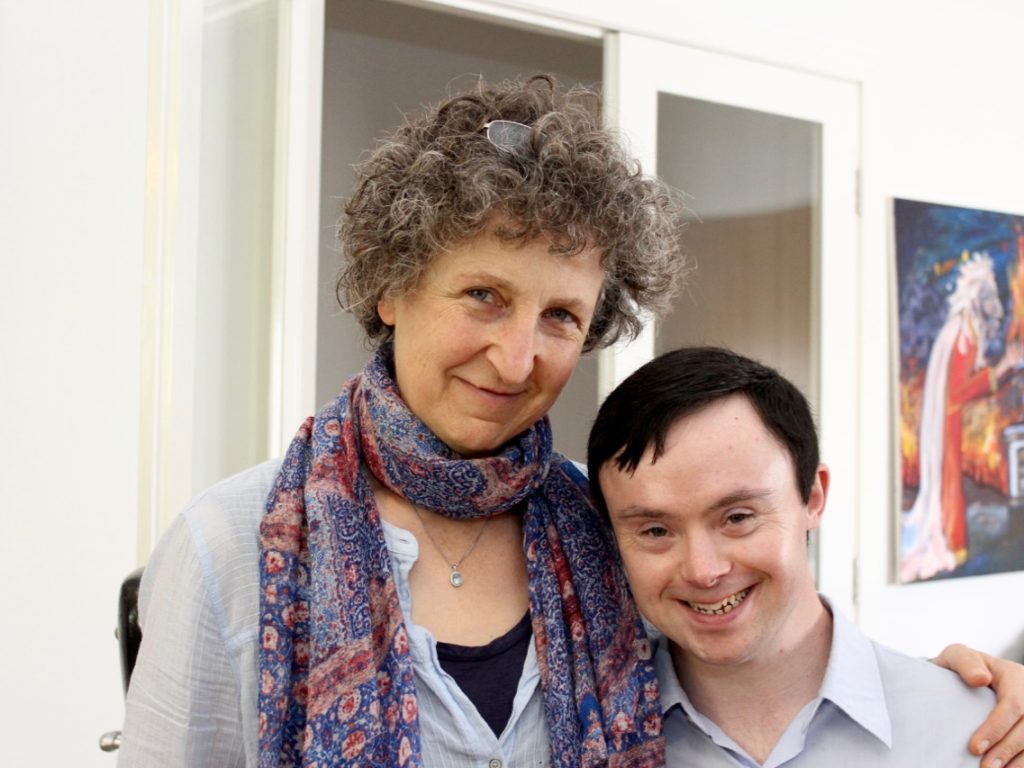 I’m Leticia and I collected the stories for DSA’s WDSD campaign.  It was very important to me that the people with Down syndrome who submitted their story were able to answer the question ‘What Makes You Proud?’ in the way that best suited them. Some people wrote their own stories or spoke into a camera, but sometimes the message came through in less direct ways and a question and answer session was not the best option.

I heard that Hugh McNab was learning to play the cello, so I went to interview him and discover the techniques he was using. I also wanted to find out how music and the cello made him feel.

I filmed Hugh and his teacher Rosy as she demonstrated her teaching method. As I filmed, Hugh used a lot of self-talk that wasn’t always easy to understand and didn’t immediately seem connected to the things we were talking about. But the longer he spoke, and the more we acknowledged the words he used, the relevance became more obvious.

Hugh spoke a lot about different people, animals and instruments and – after a period of time – we realised he was talking about the musical composition Peter and the Wolf. So, when I asked Hugh how playing the cello made him feel, he said it made him feel like a duck. We realised that Hugh was connecting the emotion of the different instruments in Peter and the Wolf to the different characters that those instruments represent. I was blown away by the significance of this.

It was a great reminder to be open to the fact that stories come in many different formats and if we are too quick to speak for people or rush them, we miss meaningful answers.

And the best representation of how Hugh felt about playing cello didn’t come from any words, it came from the enormous smile he gave every time he stopped playing.

The full story of Hugh’s musical journey can be found in the next issue of Voice published in April. You can subscribe on the Voice page.