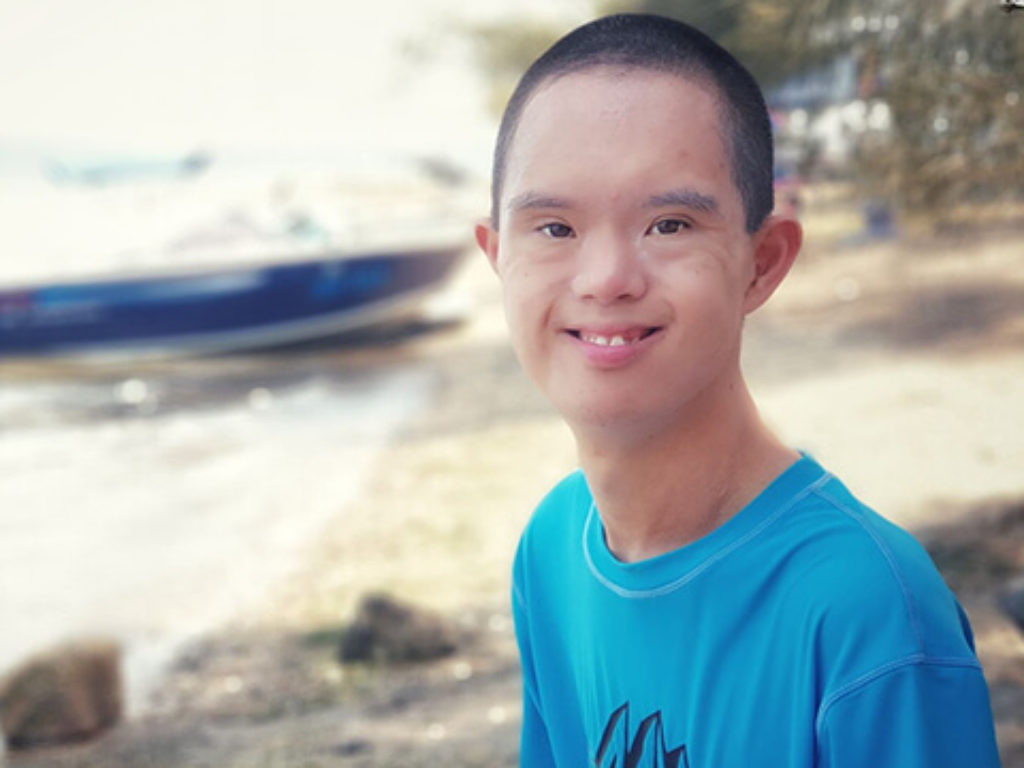 As Jordy’s mum, I’m the kind of person who doesn’t take no for an answer. Growing up was difficult for Jordy as he was more in hospital than not, and school was hard due to him being so unwell. I fought all the hard battles to get him through mainstream school and as we approached the time to start thinking what he would do when he left school, it was clear that all the professional people thought that he would work in a sheltered workshop or similar.

However, I chose to look outside the box and thought about his qualities, abilities and what he could grow with.

Jordy is a very social young man, so I wondered about him starting his own business. I printed up some questions for businesses in our local area and Jordy set about asking if they could use his services to save them time.

A couple of businesses contacted me, and this was the start of Jordy Can Do Errands For You but is now known as Jordy Can Do. We created a logo, had photo shoots, printed business cards and flyers, bought uniforms and set up a Facebook page. It took time but this was good as his business was growing, and so was he. Jordy grew in character, strength, skills and abilities, enthusiasm and work ethic because he was doing what he loves best – being out and about in his community, meeting and greeting people.

Mainstream settings have helped Jordy improve and helped him live life.  His business has empowered him, and his stories are going around the world to show that people with Down syndrome can and do aspire, have dreams and reach goals. It’s fantastic for Jordy to not only have a job but be the boss of his business.

Sure, he needs support and is on a very strict diet due to ongoing health problems, but he loves and lives life to the fullest. Hard work? Yes, but worth it.

I never want either Jordy or his sister Jessika (who also has Down syndrome) to be in a position where they can’t experience life, learn and grow to be their best selves.

Jordy uses a combination of speech, visual aids and physical expression to communicate and people understand what he is saying in this way. He was involved in writing this piece and he lets me know when he likes or dislikes what we are doing.

We talk about all the things he does at work and he tells us what he likes about his jobs.

Jordy’s support workers give lots of feedback letting me know what jobs he gets really excited about or what he’s doing as part of his job.

He is happiest when he sees his customers and tells them any news (which is currently going to the Nitro Circus in March). The support workers know what’s happening in Jordy’s life and they can fill in the missing parts so customers can engage with Jordy more.

He always names a person or customer as the ‘best thing of the day’.Jordy is unmaterialistic: people are what he’s all about.