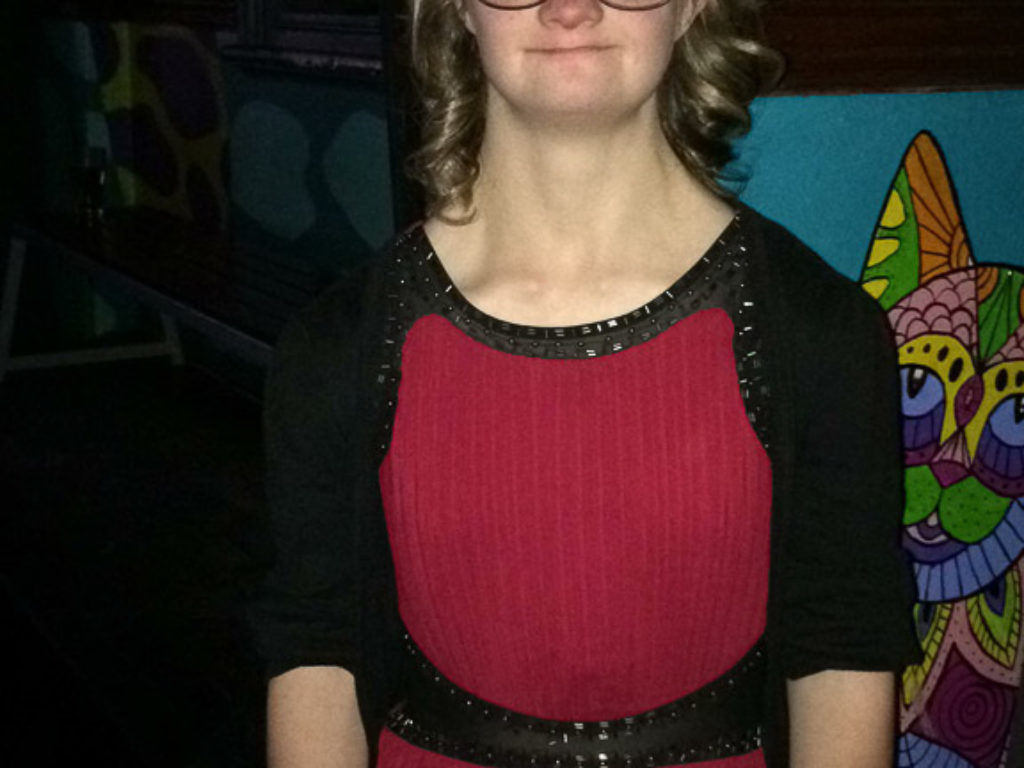 Sarah Wardle is 24 years old. In 2014, she was invited by the Disability Services Commission to be the first female ambassador for the Count Me In program and her aim is to promote jobs for people with disabilities.

She does this by talking to service providers and employers who are looking to employ people with disabilities.

Before she left school she was offered a job at Activ Foundation but she always said that this was not her dream job. She worked there until she was able to get the job she wanted which was at Fiona Stanley Hospital while it was still being built. Professor Fiona Stanley (who is the patron of DSAWA) came to the Count Me In program launch and said she wanted to see Sarah working at the hospital. She started working there six months before it opened and has been there for three and a half years now. She loves going to work there.

In 2014, she went to Bali with four other girls with disabilities to the Kupu Kupu Foundation in Ubud which is an orphanage for children with disabilities. They took $5,000.00 which they had raised and, at that time, was the largest private donation ever received. They spent time with the children and also did some sight-seeing.

After she left school she started volunteering once a week at Manna which is an organisation that feeds homeless people in Perth. In 2015, she not only received a Rotary Club Shine On Award for service to the community for the benefit of others, but also received a Lions Club Service Award.