DSA presents The Peanut Butter Falcon at Palace Cinemas across the country!

By Down Syndrome Queensland 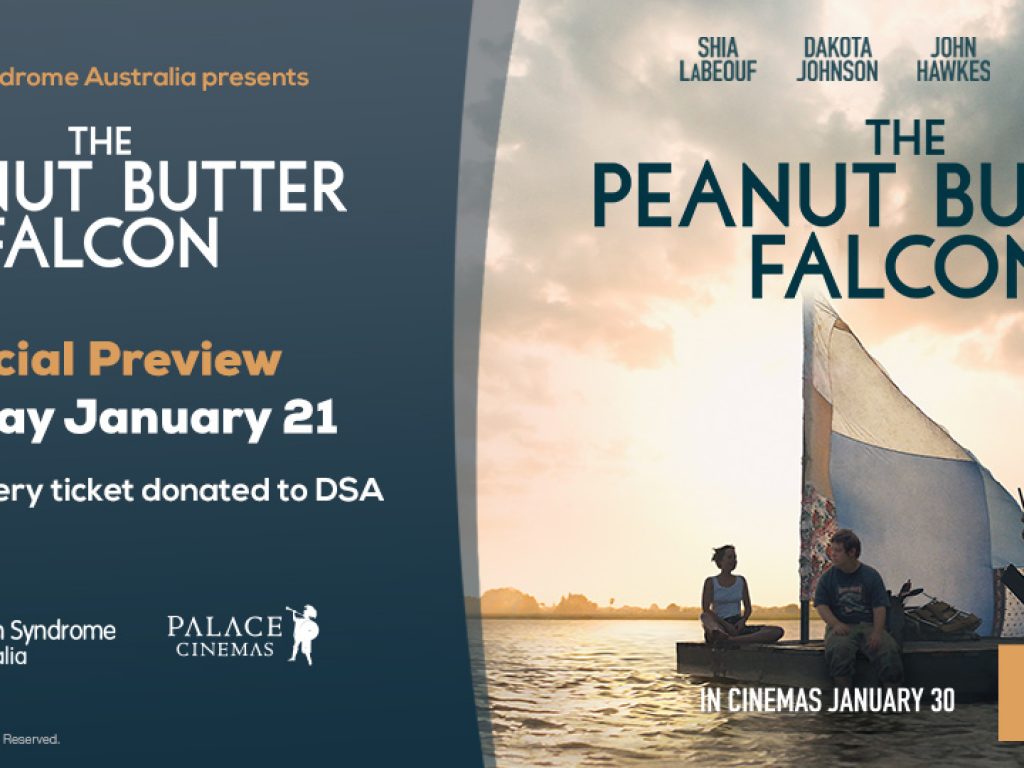 Down Syndrome Australia (DSA) have joined with Palace Cinemas to present an advanced screening of The Peanut Butter Falcon at 6:30pm on the 21 January 2020 to raise funds for the organisation. Tickets are $30 and include a complimentary glass of prosecco with $10 from every ticket being donated to DSA and ultimately Down Syndrome Queensland (QLD).

DSQ Chief Executive, Darryl Steff commented, “The release of a mainstream film featuring a leading role who has Down syndrome creates a great opportunity to increase community awareness of what people with Down syndrome can achieve and what they can bring to their communities.”

The Peanut Butter Falcon is a 2019 American comedy-drama film directed and written by Tyler Nilson and Michael Schwartz, and starring Shia LaBeouf, Zack Gottsagen, Dakota Johnson, John Hawkes, Bruce Dern, Jon Bernthal and Thomas Haden Church. The plot follows a young man with Down syndrome (Gottsagen) who escapes from an assisted living facility and befriends a wayward fisherman on the run (LaBeouf); as the two men form a rapid bond, a social worker (Johnson) attempts to track them.

Looking for a great night out whilst raising funds for DSQ to continue their work? Click the link below to secure your ticket at a cinema near you! https://www.palacecinemas.com.au/events/dsa-prents-the-peanut-butter-falcon/.

Down Syndrome Queensland is a not-for-profit organisation serving all of Queensland, with regional representatives located across the state, providing practical and emotional support to people with Down syndrome and their families.