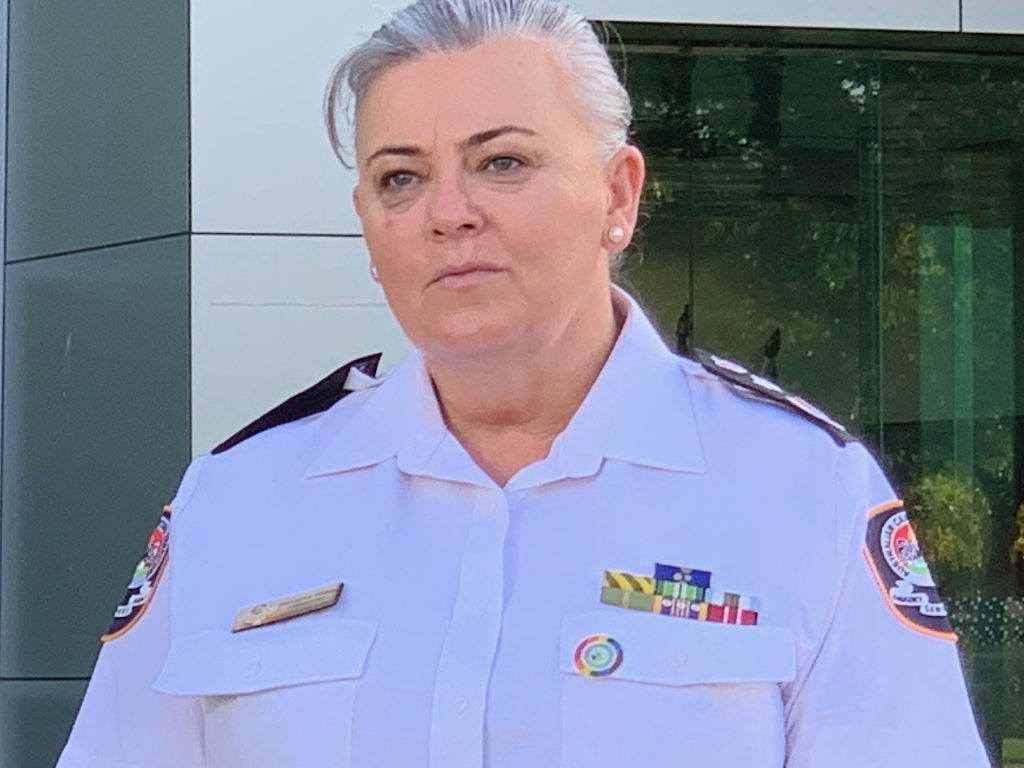 Easy Read Unavailable
The ACTDSA Committee and staff are excited announce that Commissioner Georgeina Whelan has been appointed as the new Patron of the ACT Down Syndrome Association.
Georgeina Whelan graduated from Officer Training into the Australian Army in June 1988. As an Army Officer Brigadier Whelan deployed to East Timor in 1999 as the Operations Officer of the 1st Health Support Battalion and to Banda Aceh, Indonesia on Operation Sumatra Assist in command of the ANZAC Field Hospital in 2005.

Georgeina completed the Defence Command and Staff Course in 2000, the US Army Military Medical Strategic Leadership Program in 2008, Higher Defence College in 2012 and the Senior Executive Leadership Program at the National Security College, Australian National University in 2016.
Georgeina joined the Emergency Services Agency as the Chief Officer of the State Emergency Service in late October 2017 having completed 32 years of military service, most recently as the Director General, Select Strategic Issues Management in the Office of the Chief of the Defence Force and Chief of Staff, Australian Defence Force Headquarters.
In August 2019, Georgeina was appointed as the first female Commissioner of the ACT Emergency Services Agency.
Georgeina was awarded a Conspicuous Service Cross (CSC) in 2004 and was made a Member of the Order of Australia (AM) in 2006. More recently she was awarded a Bar to her Conspicuous Service Cross in the 2016 Queens Birthday Honours List.
We welcome Commissioner Wheelan to the ACTDSA family and look forward to working with her in the future.
Georgeina has also been a long time supporter of ACTDSA and is the mother of a young adult with Down syndrome.
The ACTDSA would like to thank Commissioner Georgeina for agreeing to be our patron and look forward to continuing to build a more inclusive Canberra together.