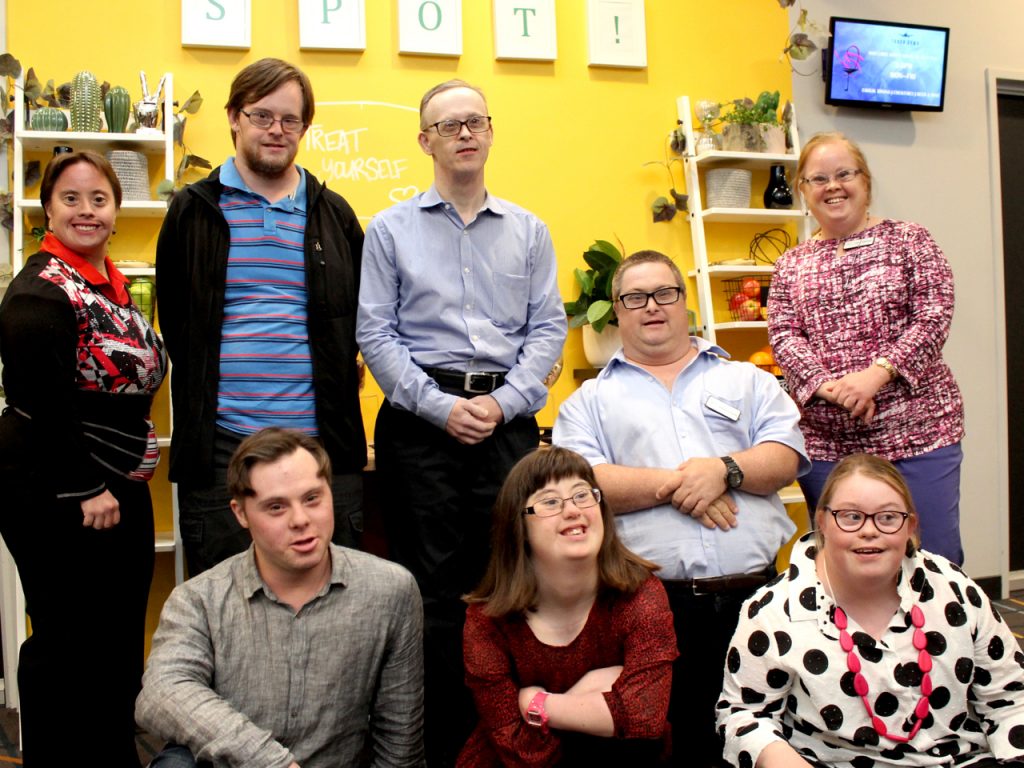 You can also find out a bit more about our members in our recent Voice article which you can download here in PDF format.

Our appointed Down Syndrome Advisory Network members are:

Claire is a 35-year-old woman who is passionate about speaking for younger people with Down syndrome. She enjoys public speaking and has been involved in presenting at different organisations and at the University of Queensland. She is involved in a choir, has previously been involved in performance school and enjoys musical theatre. Claire is also very proud to be working part-time as an administrative assistant.

Kylie is a 38-year-old woman who has extensive experience in presenting at conferences, schools and training sessions. She is involved in the Sydney Local Health District NDIS Governance Committee. You can see more about Kylie’s work here.

Lauren is from the ACT. She has completed a certificate in Business Studies and computer courses. She has been employed by Koomarri since 2006 and has worked in a number of working roles. She lives independently, attends a gym several times per week and is an active member of the Wizards Bowling League. Lauren has a positive outlook on life and is willing to challenge herself with new situations.

Elise lives in Tasmania. Elise has a positive and enthusiastic approach to work and helping others. She has experience working in a café and as an administrative assistant. She has experience in advocacy and was a member of the Minister for Disability Advisory Committee in Tasmania. She also was on the executive committee for Down Syndrome Association of Tasmania.

Andrew lives independently and is very involved in community activities. He is interested in graphic design, designing logos, doing pamphlets and newsletters, as well as having good committee skills. Importantly, he is interested in other people and always asks how people are, especially if he hasn’t seen them for a while. Andrew is also very interested in all things military and is a seasoned traveller.

Jenny is passionate about getting people out into the community and would like to give a voice to people with Down syndrome. She is also a member of the Down Syndrome Victoria Advisory Network.

The Down Syndrome Advisory Network is sometimes called the DSAN.

It is a group of people who work together to give advice to Down Syndrome Australia.

Here is some information about each of the DSAN members.

Claire is from Queensland. Claire is passionate about speaking for young people with Down syndrome.

She likes to do public speaking and has done lots of speeches, including at the University of Queensland.

Claire is in a choir and likes musical theatre. She is very proud to be working as an administrative assistant doing office work.

Kylie is from New South Wales. She has lots of experience speaking at conferences, in schools and at training.

She is a member of a committee in Sydney that is about the National Disability Insurance Scheme (NDIS).

She has been on the DSAN since November 2017.

Lauren is from the ACT.

Lauren has a certificate in Business Studies and has completed computer courses.

She is employed and also does volunteer work. Lauren has written several items for the Koomarri Newsletter.

She lives independently, goes to a gym and is a member of the Wizards Bowling League

Andrew is from Western Australia. He lives independently and is very involved in community activities.

Jenny is from Victoria. She is passionate about getting people out into the community.

Jenny would like to give a voice to people with Down syndrome.

She is also a member of the Down Syndrome Victoria Advisory Network.

You can read more about DSAN members in this Voice article below. 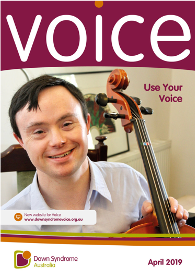